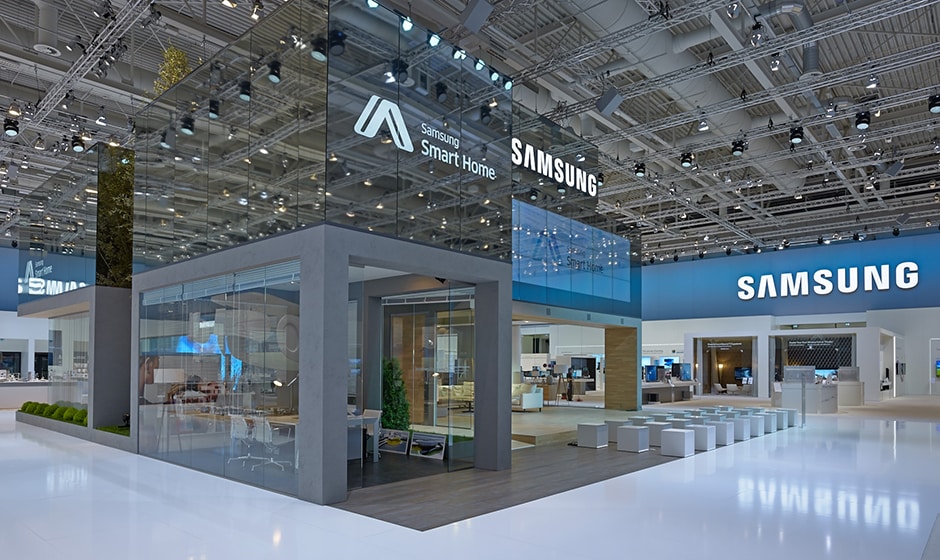 The IFA is the world’s leading trade fair for consumer electronics and home appliances and one of the oldest industrial exhibitions in Germany. It takes place every summer in the exhibition halls at the Berlin Exhibition Grounds. It offers exhibitors the opportunity to show their products and developments in the fields of entertainment consumer electronics to a wide audience.

For over 10 years, we have been accompanying Samsung at various trade shows. Since 2006, we have been responsible for the overall project management, graphic design and production at IFA, but also at the other so-called A and B fairs in Germany and Europe. Our main task is to ensure the uninterrupted and perfect communication between customers, designers and service providers. 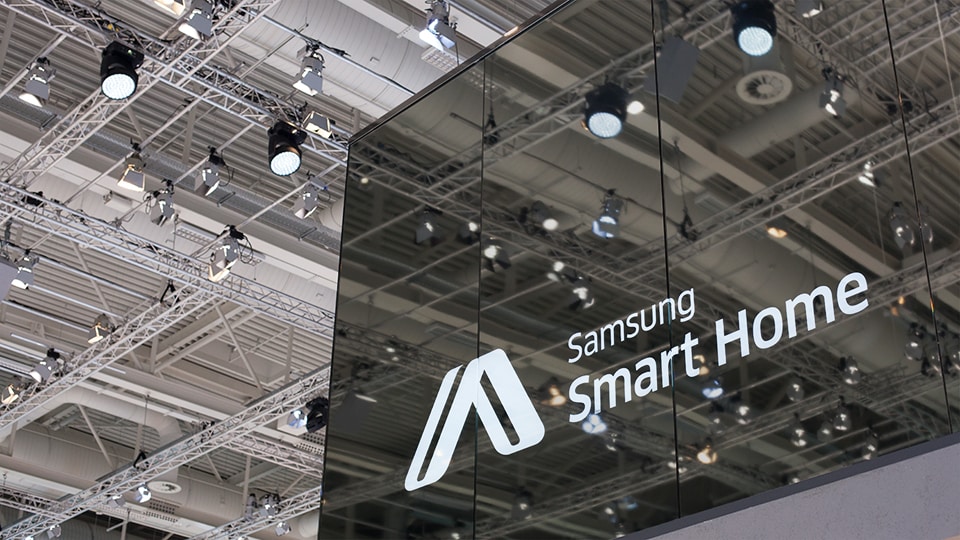 We also make the impossible possible: 2014, we have covered the central building – the Samsung Smart Home – with a “magic mirror foil”. This way monitors and objects could disappear and reappear suddenly through only one button. 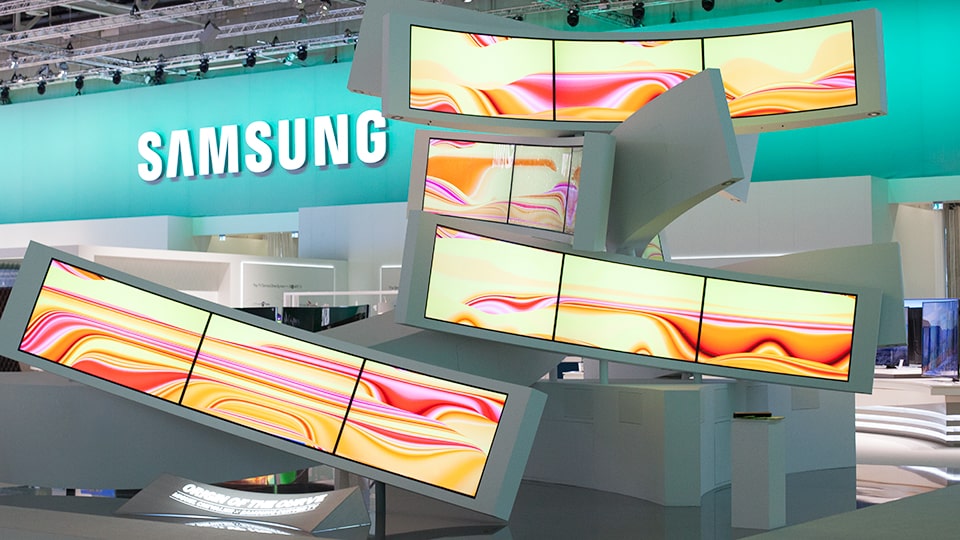 Again and again, we also provide the communication, planning and control of special artworks – here, for example, an object of Miguel Chevalier at IFA 2014. 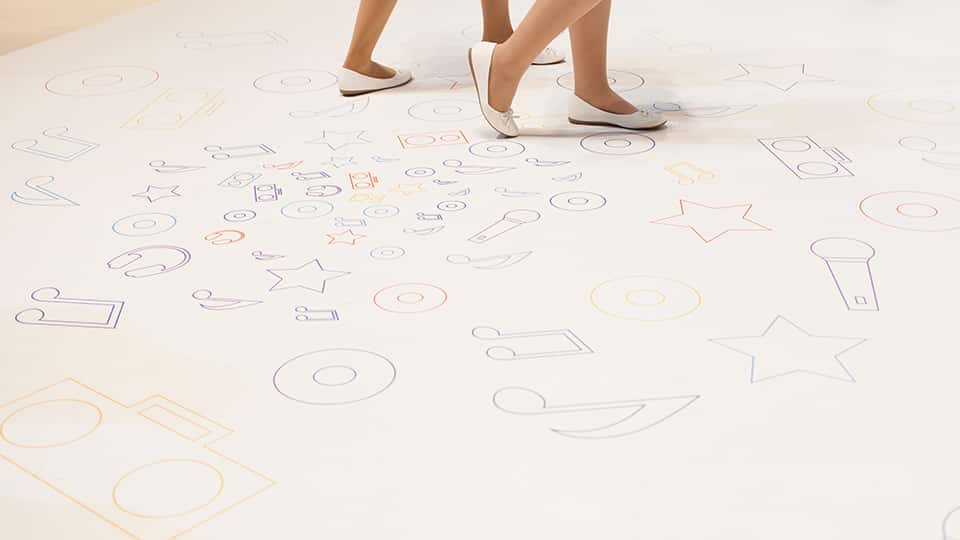 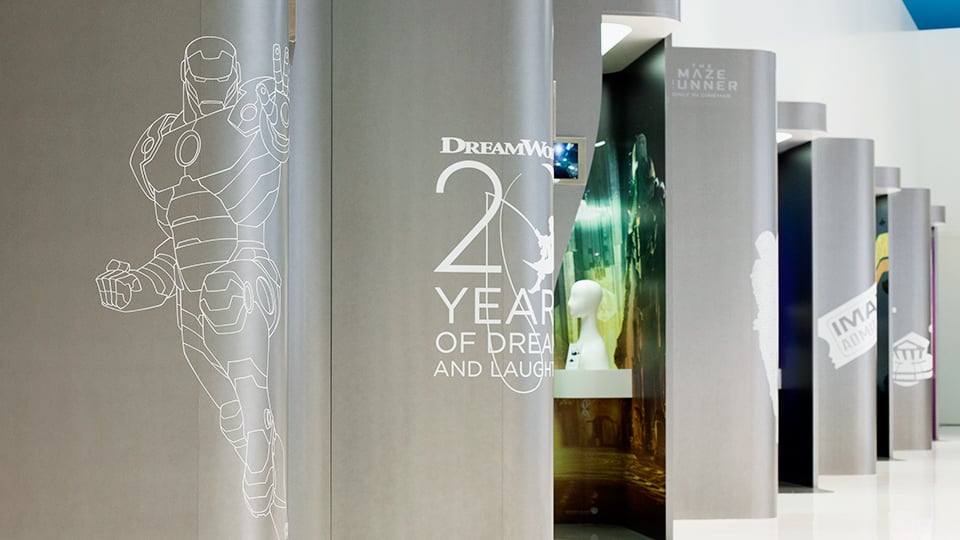 … as sheet cuts or all-over graphics prints as here in the interactive capsules in the mobile section of the IFA 2014. 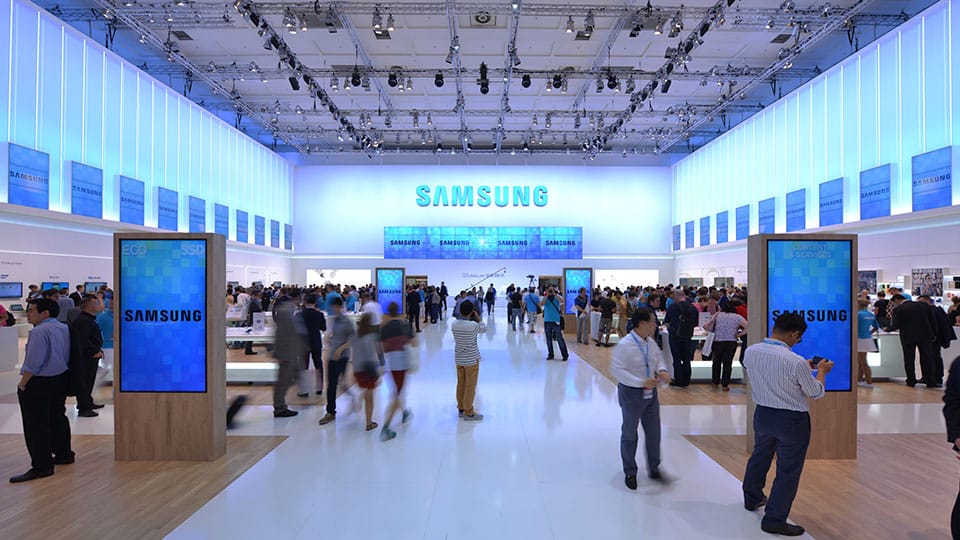 In 2013, ad modum equipped the surrounding horizon: On the one hand a multilayer of different transparent materials which is decorated by using a dynamic lighting design. On the other hand, a nearly 12 meter long luminous Samsung lettermark. 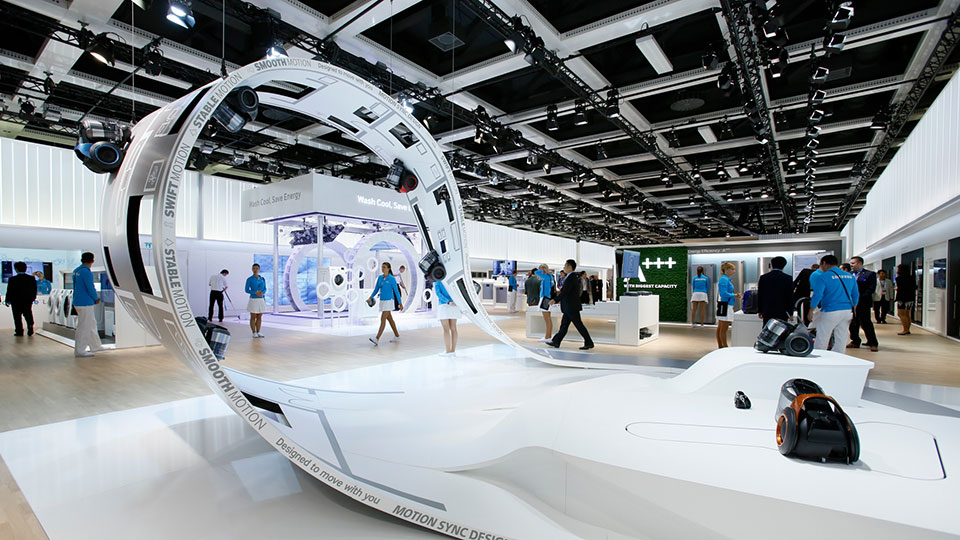 Each product group needs a highlight. For the vacuum cleaner in 2013, a curved graphic band was developed. 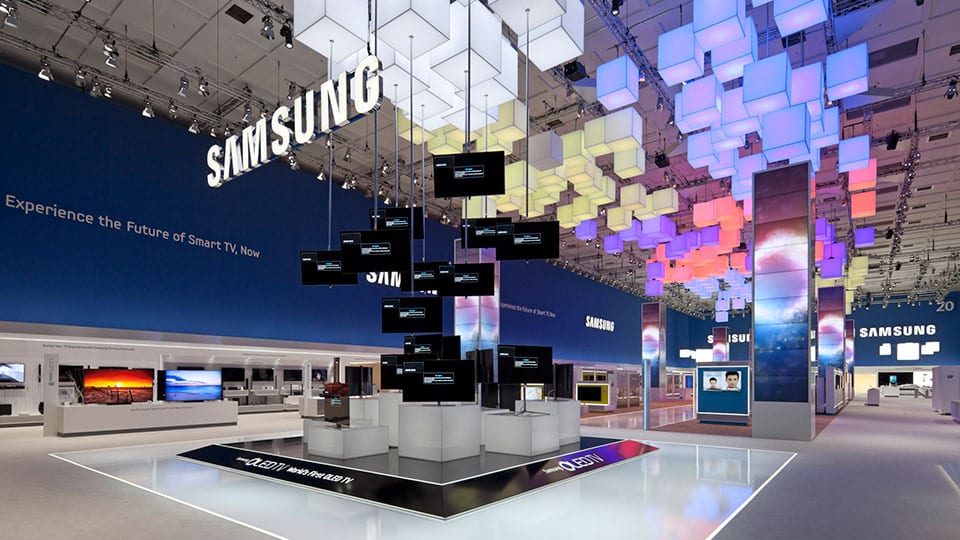