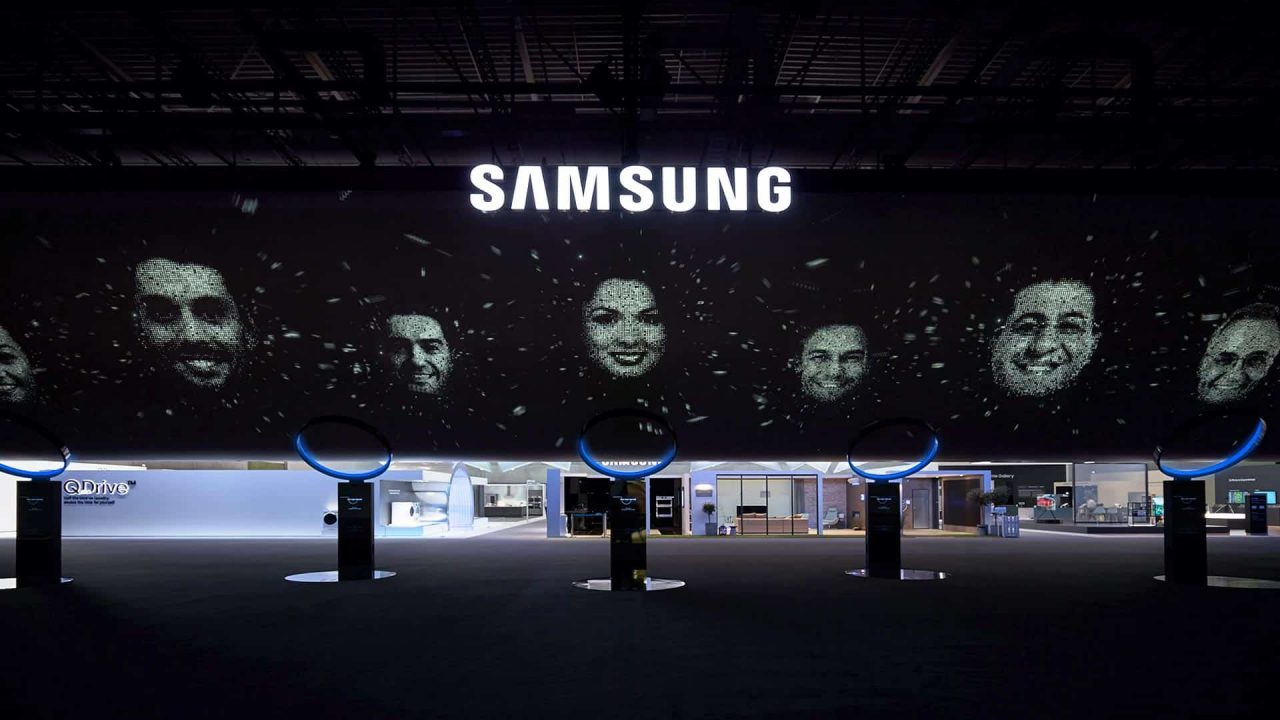 ad modum has been responsible for realising Samsung exhibition areas on behalf of Cheil Germany for many years. Samsung once again presented its products and solutions in an exhibition area measuring 6,000 square metres in CityCube Berlin, making it the largest exhibitor at IFA, the world’s biggest trade fair for consumer and home electronics. With a team of over 20 experts, we were again able to realise our client’s concepts.

What could be nicer than being greeted by a familiar face? Your face. Projected on a 55-metre-wide screen, every visitor became part of the Samsung world for a few seconds. Another highlight was the FRAME Gallery in the Visual Display area, in which guests were taken on a tour of world-famous art galleries for ten minutes, without moving from the spot. 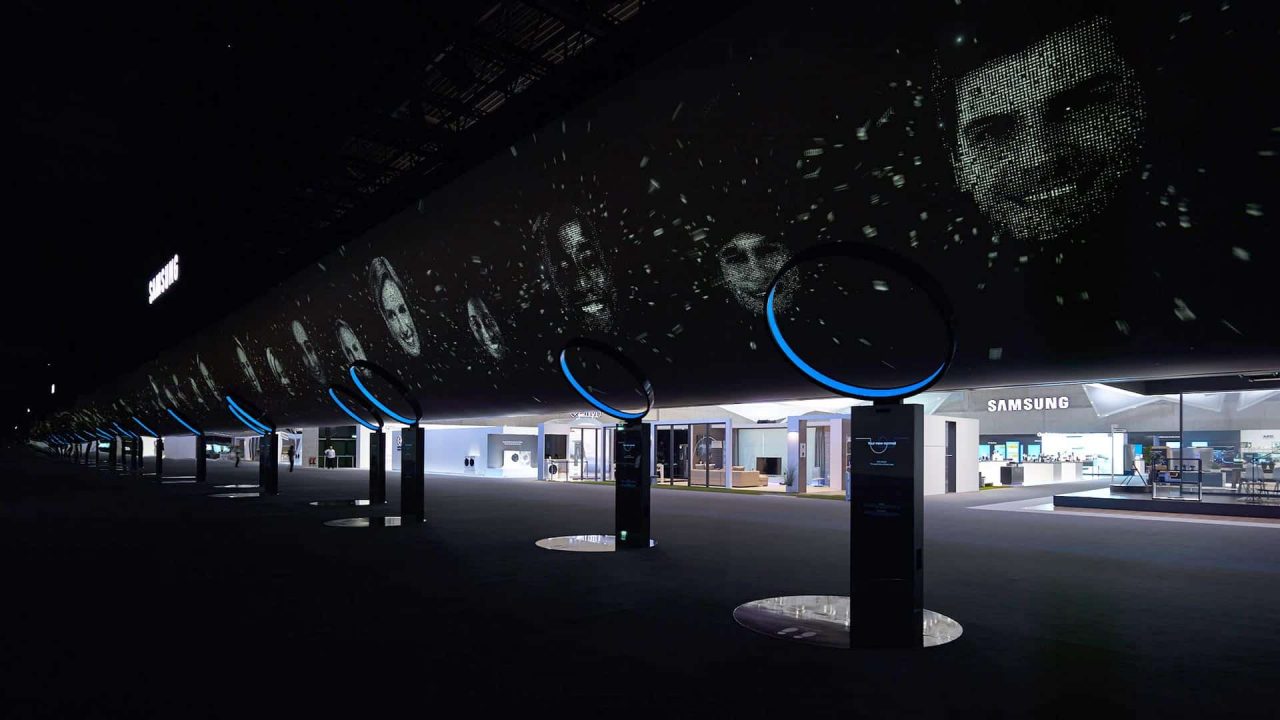 A gigantic projection area measuring 55 metres in width. Thanks to mirrored surfaces attached to the side of the screen, it appeared never-ending. Using futuristic scanners, visitors could transfer their faces onto the screen and were thus integrated into the ongoing projection. 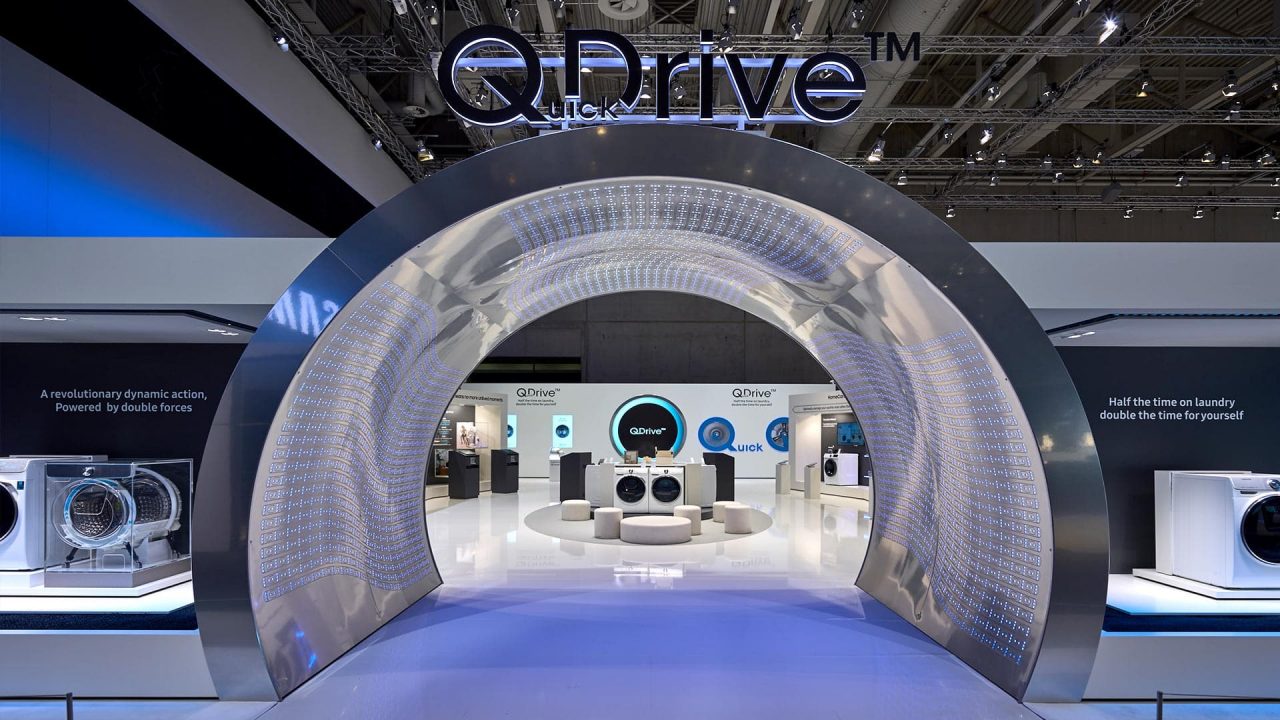 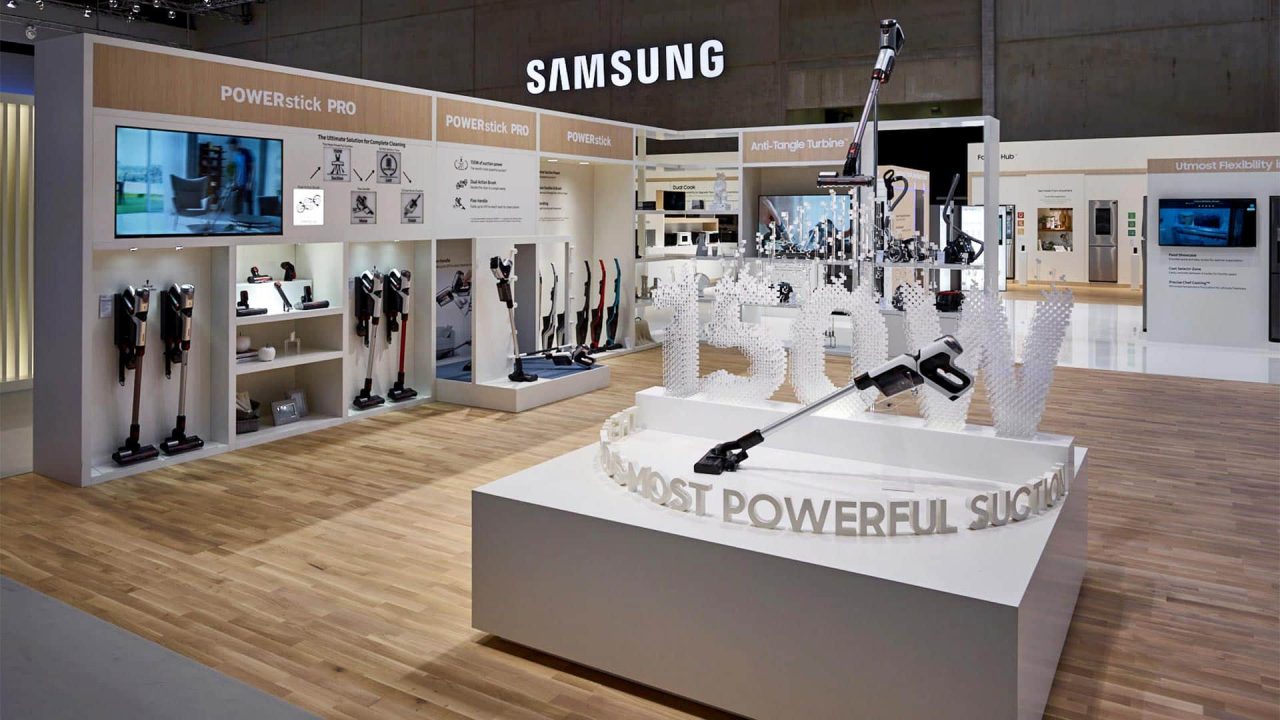 The QDrive highlight with access through an illuminated washing machine drum as well as the VC highlight (Vacuum Cleaner) consisting of “150 W” made up of a multitude of filigree acrylic cubes. 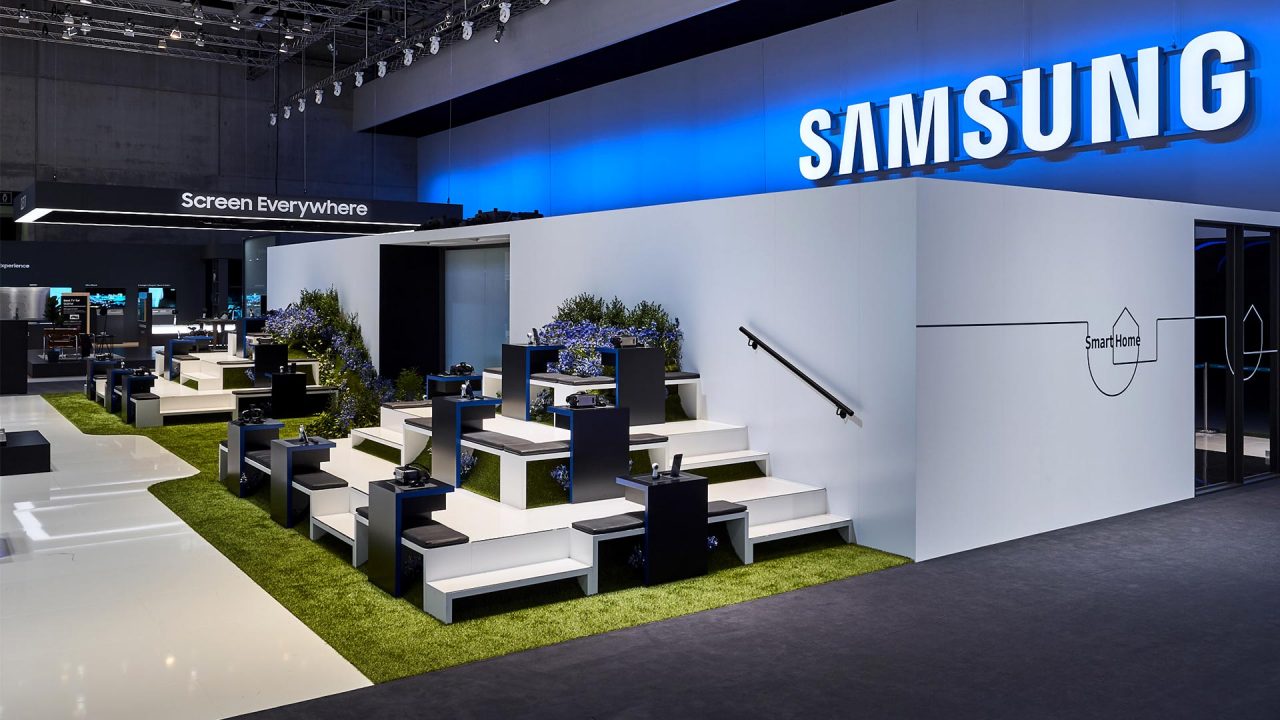 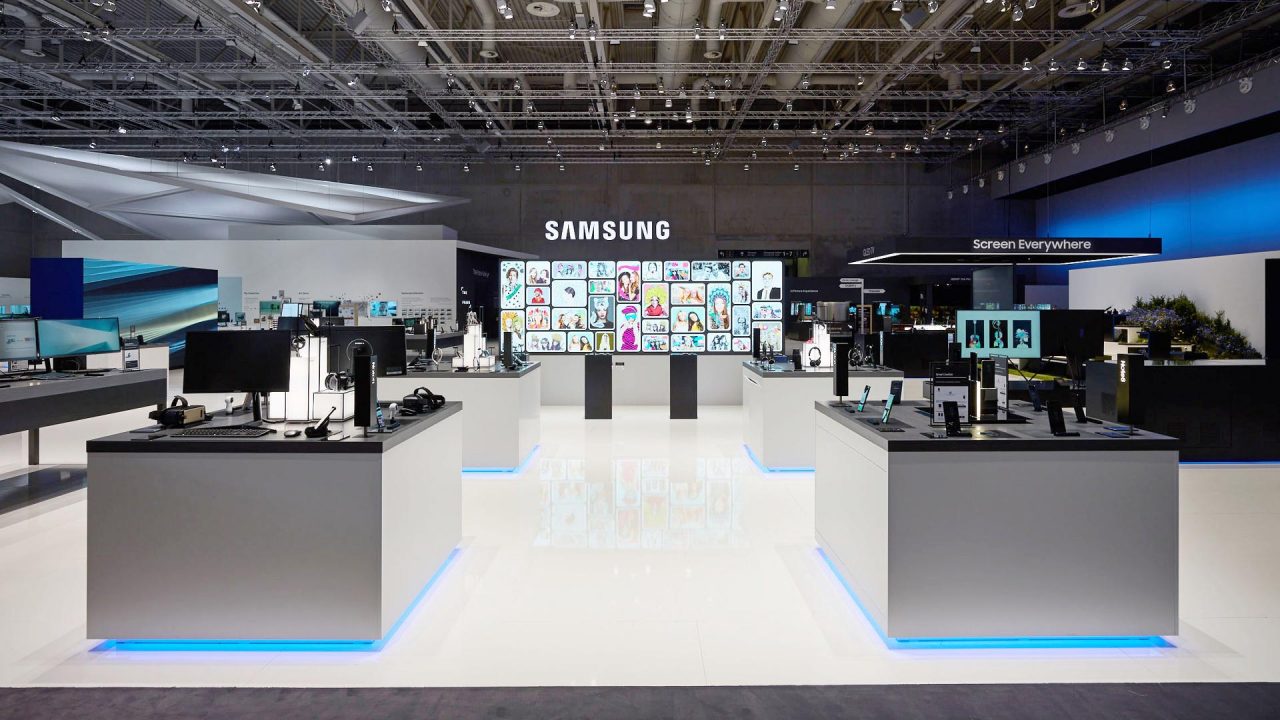 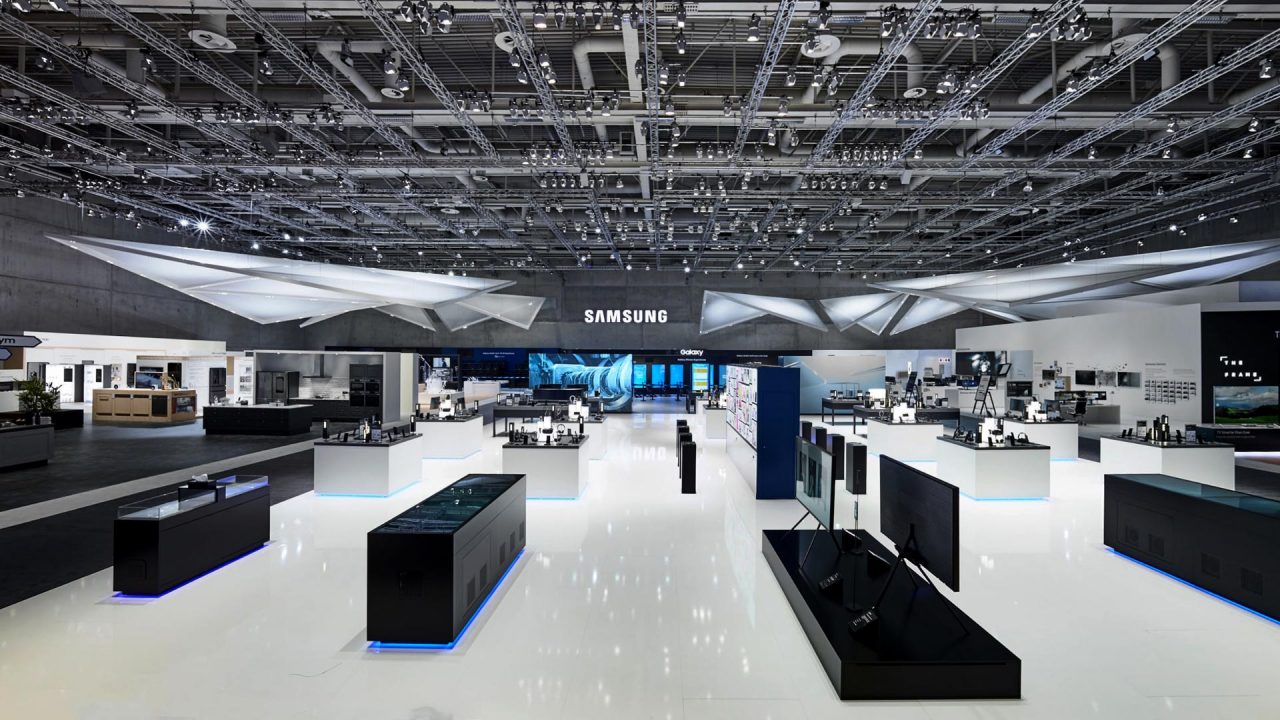 The Experience Park in the IM Zone for the testing of Gear 360 cameras, Gear VR glasses and Galaxy Note 8 mobile phones. 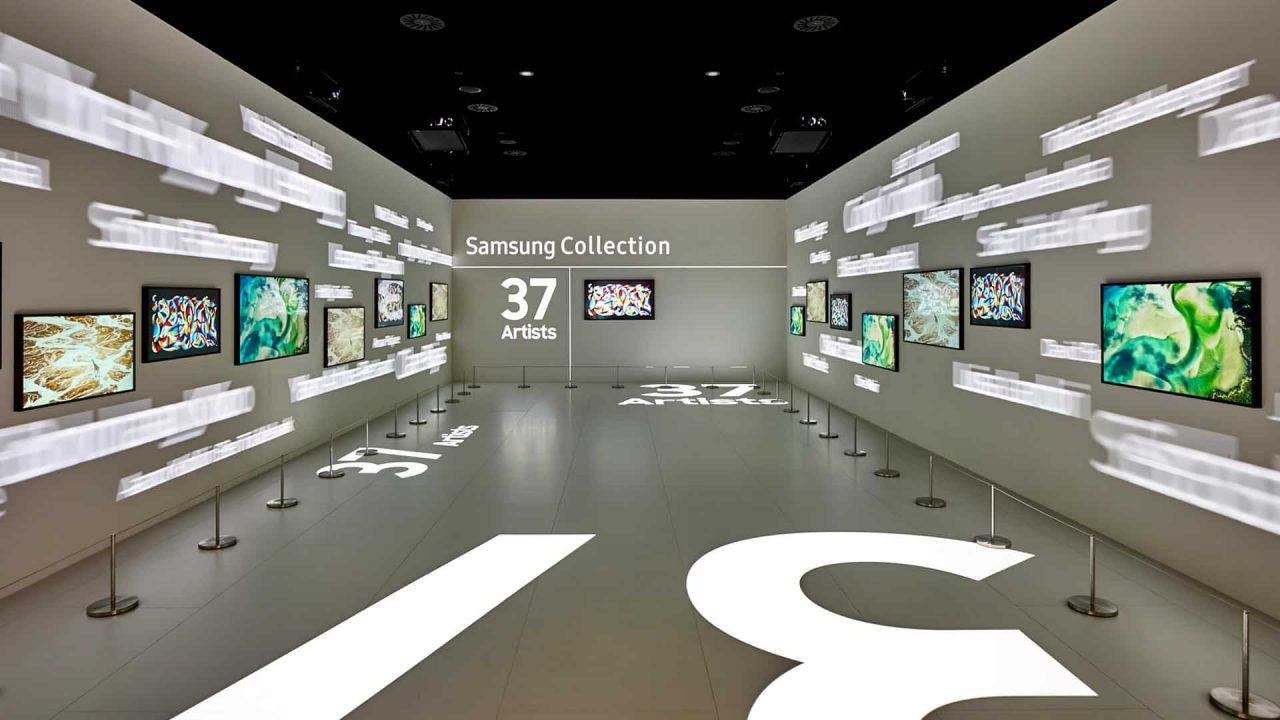 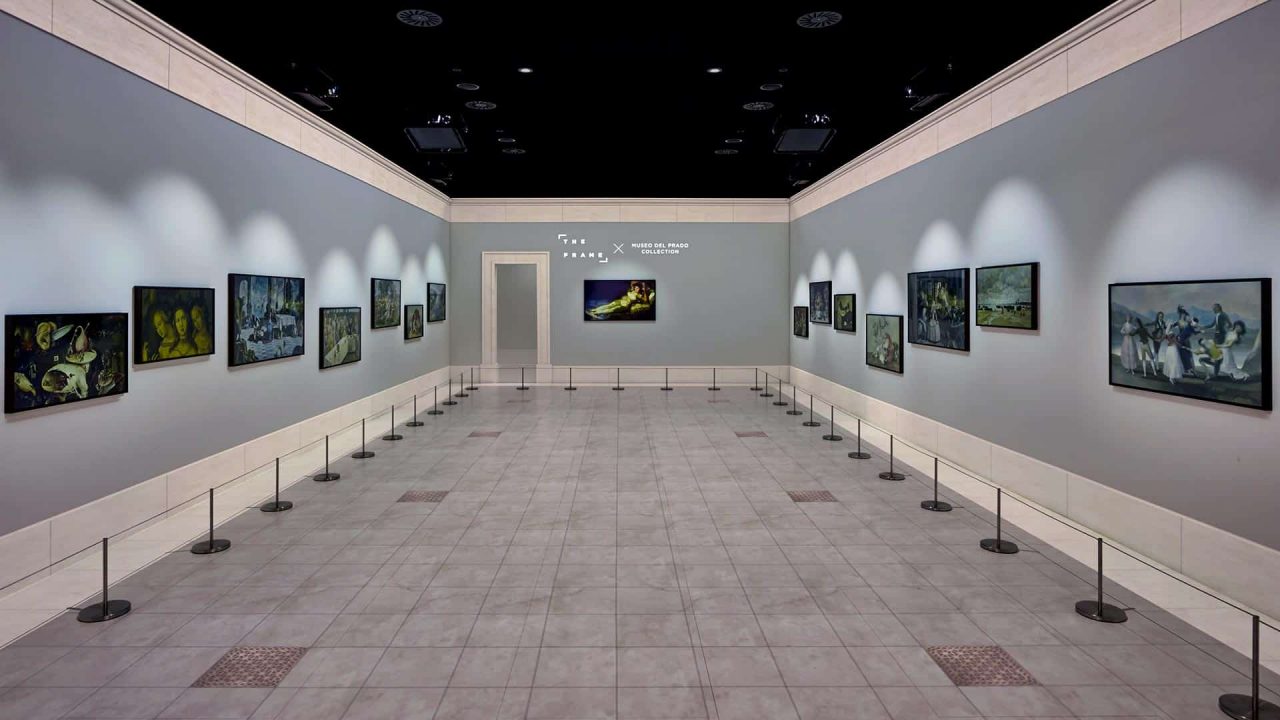 In “The Frame Gallery” visitors could marvel at the pictures of 37 artists from around the globe and dip into the exclusive world of art galleries. This was impressively staged using 20 Frame TVs and a dynamic 360° projection. 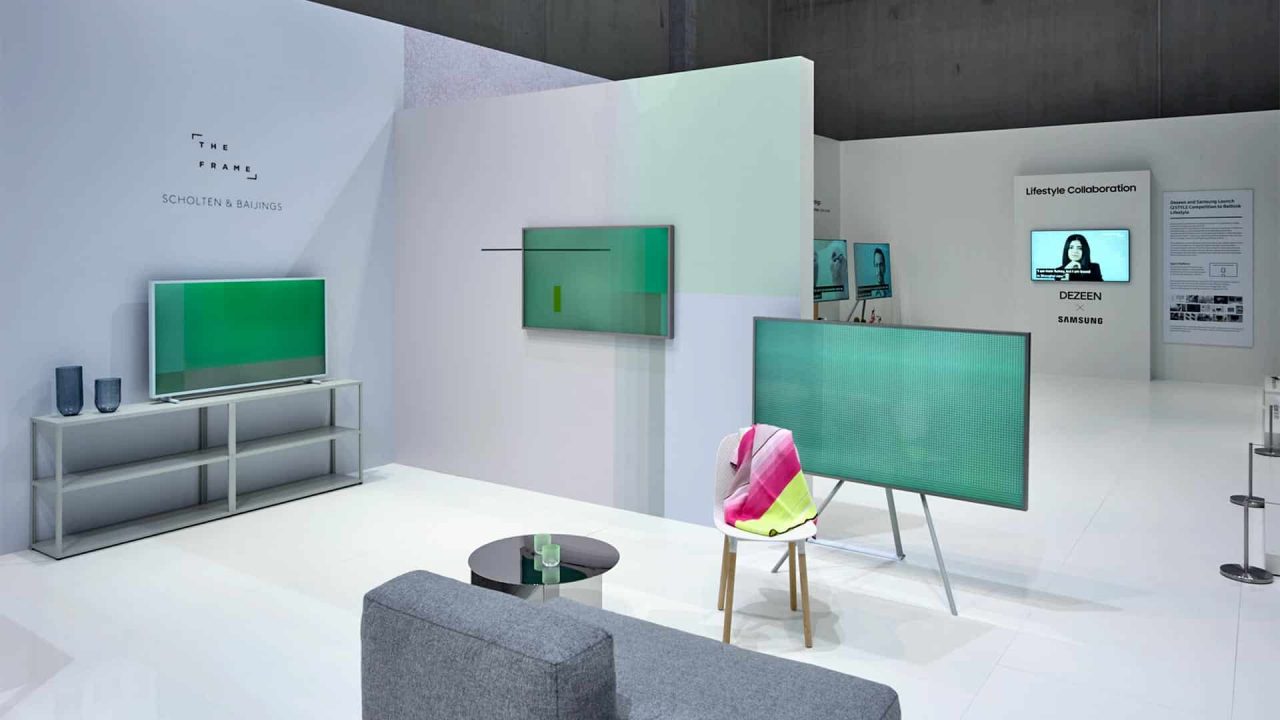